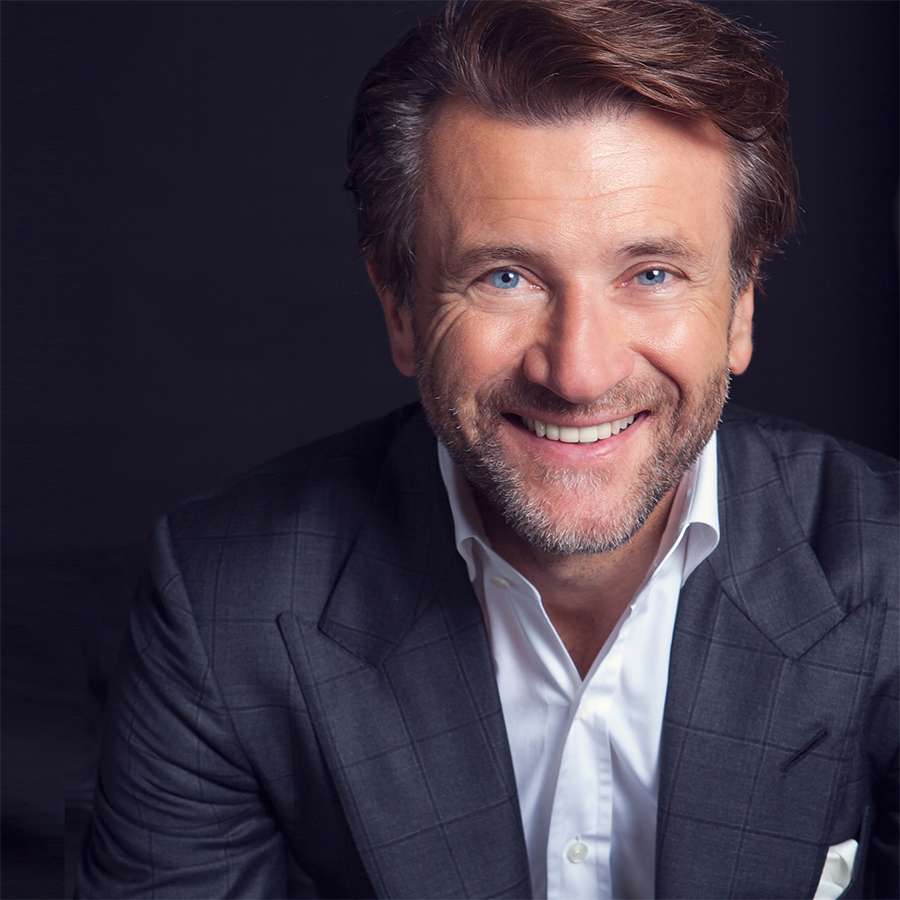 
Robert Herjavec is a dynamic entrepreneur and one of the favorite “Sharks” on ABC’s Emmy-winning Shark Tank.  He is the founder of Herjavec Group-the largest, privately held cyber security company in North America. In addition to managing his company and investments from Shark Tank, entering their 9th season, Robert competed on the 10th Anniversary Season of Dancing with the Stars. His dance partner was Kym Johnson.  While he didn’t win the mirror ball trophy, he did win Kym’s heart and they were married in July of 2016.

His inspiring books, “Driven” and “The Will to Win”, were simultaneously Top 10 Bestsellers that earned him the title of “Best Selling Author” in Canada.  Add to that list his current book, “You Don’t Have to Be a Shark:  Creating Your Own Success” that is released in the U.S. and Canada –also a best seller.  To Robert, running a business is a lot like one of his greatest passions, racing cars. He believes, “You have to stay laser-focused when driving a car over 200 miles an hour, and the same approach is required when growing a business in today’s world of rapidly changing technology.”

Robert divides his time between his headquarters in Toronto and Los Angeles, where he resides most of the time.  He supports several charities, especially regarding cancer and other disease research such as the Princess Margaret Hospital Foundation, the Hamilton Health Foundation, and Race to Erase MS (Nancy Davis’ organization).  He also supports the Union Gospel Mission in Seattle (helping the homeless) and is an avid animal lover (he and his wife, Kym Johnson Herjavec, have an adorable dog named Lola).