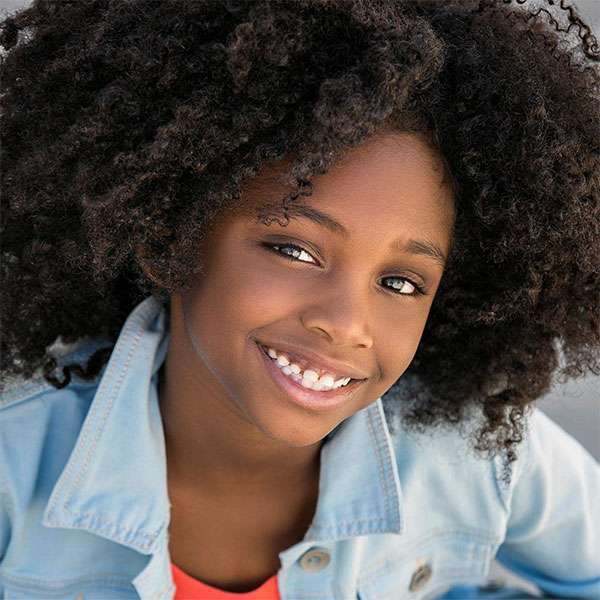 Kyrie voiced the lead in the 2020 Emmy-Nominated Star Trek: Short Treks: The Girl Who Made the Stars -one of the first animated Star Trek episodes since the 70s. She was also a guest recurring on ABC’s American Housewife playing the daughter of Holly Robinson Peete. Also, the busy Kyrie was in the Netflix series Sneakerheads, as young Shahadi Wright; Amazon’s Them: Covenant; and in the Season 2 finale of 9-1-1 Lonestar on Hulu. Last year, Kyrie made her series regular debut on Apple TV+ in an animated role as Emma in Doug Unplugs. Currently in theaters and streaming on Disney + you can see Kyrie playing young Deja in Cheaper by the Dozen starring Gabrielle Union.