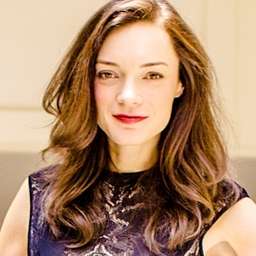 Catherine Townsend is a writer and licensed private investigator who specializes in immersion journalism and creative undercover work. Her work has appeared in publications including; The Atlantic, The Daily Beast, Elle, New York, GQ, The Daily Mail, The New York Post, The Independent for the Investigation Discovery network.

Catherine began her career as a staff writer for New York magazine then moved to London and created the “Sleeping Around” dating column (which critics called a “younger, edgier and dirtier Sex and the City”) for The Independent newspaper. But her true passion was solving mysteries. In 2010 she entered detective school, where she was immediately thrown into the field with former FBI agents, police officers and other investigators. After three years and 6,000 hours later she became a licensed private investigator and opened The Townsend Detective Agency. After returning full-time to investigative journalism she became a writer and digital correspondent for Investigation Discovery’s Crime Feed news website, where she covered true crime on a daily basis.

Catherine holds a B.A. in Journalism and Politics from New York University and an M.A. in International Journalism from City University in London. She is an author of Sleeping Around and Breaking the Rules (John Murray/Hodder). Both books are based on Catherine’s columns which were bestsellers in the U.K.